This is a text widget, which allows you to add text or HTML to your sidebar. You can use them to display text, links, images, HTML, or a combination of these. Edit them in the Widget section of the Customizer.
Posted on September 7, 2017October 4, 2017 by massivefxpedals

Originally founded on the Eve of the Equinox 1666

Working in silence in the remote caves of Lascaux, France, Massive FX Pedals began it’s murky and twisted history. In complete isolation while playing the lyre of the day and riffing on some Gregorian Blues, Brother Jordan “Weird Beard” Glass had a vision, a flash of devine revelation. This vision revealed an “amplified Lyre,” or what would come to be known as the solid body electric guitar. Contemplating this new Electric Lyre, Brother Jordan drew the Death card from the Tarot deck foreshadowing what was to come.

After many decades of silent and relentless work, the Brothers came up with a primitive Tesla type coil/Variac to maintain a solid 90 “brown” volts for the sole purpose of manifesting this tone Jordan heard in his head. On the 7th day, the Brothers felt satisfied with their labors. The first solid body electric guitar and 100-watt Marsa’le Pluxy SuperLeadUsO’Father full stack, manifested on October 31, 1688. Speculation still persists about what the 4×12 cabs were loaded with, but are widely believed to be hemp Greenbacks. As Jericho before them, they rocked the cave with pure rock fury.

Some years later, a local boy brought the brothers gifts from the village. Among the usual frankincense and myrrh, was another bag that had something all together different in it. One night they decided to smoke it. Brother Jordan rolled this leafy substance using some pressed hemp paper they had prepared as scrolls, and lite it on fire inhaling the smoke. The cave filled with this sweet smoke and angels began to appear showing Brother Jordan a vision of absolute beauty and of pure sound. Colors shifted into sound, sound into color in technicolor. Having not spoken for many years, Brother Jordan looked at Brother James and said “I have riffed on this beautiful rig for 10 years now, and it is good, very good indeed, but what would happen if we put something between the guitar and the amp that added a bit more gain? I have meditated on this, this box or ‘FX Pedal’ as the gods call it, and I think it must be done!”

Shrieking in horror and dismay, Brother James expressed grave concern as he worried about the madness that had come over Brother Jordan. “More gain, how could this be? The Pluxy SuperLeadUsO’Father produces abundant gain, exclaimed Brother James. “As a matter of fact, for years I have wanted you to add a master volume to that beast of an amp.” Brother Jordan then lowered his head and said, “You just don’t understand, do you? It will be Massive, I will show you what wonders this FX Pedal shall bring forth!” With shear determination, Brother Jordan went to work and for 6 years he labored over this thing, this FX Pedal that would make more gain. On the Summer Solstice of 1697 it was born, this thing from behind the veil, appeared. Placed between the guitar and amp and made of the Alchemical properties of Germanium. Brother Jordan plugged in and hit a drop D power chord at the A fret. Looking at Brother James he spoke…..”Holly shit this fuzz rips.” With a tear in his eye he went on, “The tone is so sweet when I role back the volume on my guitar. I will call this thing of infinite beauty, the Alchemist Fuzz our Brotherhood shall be forever know as the Golden Order of the Alchemist Fuzz (G.O.A.F).”

Meanwhile in a near by village, this wondrous sound waxed and waned, reverberating on the walls of the city. A fair maiden by the name of Rosalyn De La Stompus DaB’oxus (known as Rosie – not a particularly small woman) and her friends of the fairer female persuasion, felt moved by this sound. This music, it stirred something inside them drawing them to it’s source. Following this beautiful golden fuzz tone, they found the cave from whence it came.

Night after night, they would return until one night Brother James by accident left the cave opening ajar. On this particular night, a jam session was in full swing with a traveller from abroad known as Pan who sat in on flute. Rosie and her maidens came in, and swaying to the music, Rosie seduced Brother Jordan. A scandalous relationship ensued between Rosie and Brother Jordan. The next day, Brother Jordan said with a broad smile, “that Rosie has the lips to make a strong man weak and a heathen pray.” Pan responded, “Amen Brother.” 9 months later on a stormy night on the 7th year, of the 7th month, on the7th day a child was born, Jordan Glass II manifested before Rosie’s eyes. Like Noah and Adam before, this child lived for the next 300 years perfecting this fuzz craft handed down from his elders. Throughout the early 20th century Jordan Glass II performed in vaudeville while working on his FX Pedals by night. A brief brush with fame came when Jordan appeared on the moronic hit TV show “It’s a Wise Child” winning a record 10 consecutive shows, but his focus was singular, a grand Devine guitar tone. 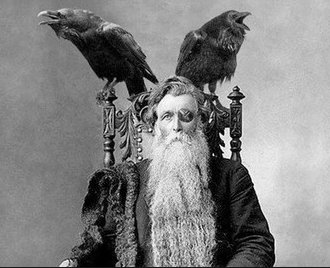 Fast forward to 1968, the Summer of Love. Jordan met Sunshine a hippy Go Go Dancer working at the Whiskey A Go Go in Los Angeles. They dated on and off for the next few years. After living with various musicians in Laurel Canyon, Sunshine ended up at a commune at Spahn Ranch “hanging” there until July of 1969. As she says, “things were getting a bit heavy” so she decided to come East and go to the Woodstock Festival.” According to Sunshine on the last day of the festival while skinny dipping in “Leon’s Lake, “the immaculate conception” occurred at the climax of the fuzz masterpiece, “Star Spangle Banner,” performed by Jimi Hendrix. Unfortunately, shortly after consummating their relationship, in the early hours of August 18th 1969, Jordan “broke on through to the other side,” passing on after consuming some bad brown acid. 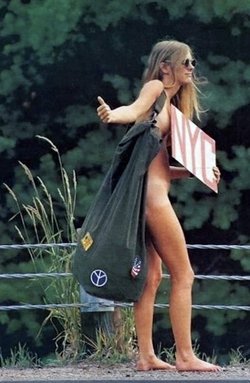 The only known picture of “Sunshine”

Upon Jordan Glass II ’s untimely death, Sunshine fell on hard times. The newest Glass child, Jordan “Fuzz” Glass III, was brought to family friends in New Mexico and raised for the next 15 years by Thomas Newton and his live-in girlfriend Mary Lou. Studying the cosmos, advanced science, mathematics, astrology, numerology, and electrical engineering, he continued the family pursuit of infinite fuzz tone. On Jordan “Fuzz” Glass III’s thirty third birthday, a black SUV arrived at his home driven by 2 very nervous men. They presented Jordan with a box and said that it was found in a vault in the basement of World Trade Center building Number 7. They quickly left and Jordan opened the box. Inside was a partially burned guitar pedal labeled “DallasDevilsPlay,” a Black Sabbath debut 8-Track tape and a leather satchel containing some very ancient documents/schematics on some sort of pre-industrial revolution hemp paper. For many years to come Jordan studied these documents and the joyful sound that came from that 8-Track tape. CEO – Jordan “Fuzz” Glass III  “My father, Jordan ‘Shamale Okim’ Glass II, fuzz master general, has passed the torch on to me his only begotten Love Child. I am proud to return to my family business.” “My crest, my birth right and my family honor are on the line. It is now up to me to carry on this Massive tradition of the “Golden Order of the Alchemist Fuzz,” (A.K.A. G.O.A.F) and as the masters before, to create Massive FX Pedals.”

* Note: Based on facts handed down through the oral tradition.

Yosef Sanborn
Ministry of Information
Director of Marketing and Sales